Tour Managers – What they do

Tour Managers – What they do (“Simple”? version)

Most often, if you ask what a tour manager does, you basically come up with “manages concert tours for bands”, or something to that effect. This is basically true. But what does that involve? I have been fortunate, in that most of the tours that I have done have been large-scale arena tours. So most of what I describe will be from that standpoint. But the basic ideas are the same, no matter how big or small a tour may be.

Early in my career, I met a tour manager, who had already been in the business for over 20 years. He told me that “being a tour manager is kind of like being a trail boss on one of the old west cattle drives. The owners tell you where to go, and when to get there. They tell you how much you can spend along the way. The important thing is making sure the head count is the same when you arrive, as it was when you started”. He was joking of course, but I understood his point. In short, the important thing to remember is the tour manager is responsible for the overall operation of a tour.

A tour manager does not book shows. But it is useful if they can be involved in the dialog between the booking agent and artist management, during the booking process. This allows any potential logistics issues to be identified before contracts are signed. Once an artist signs off on a series of tour dates, the tour manager will start dealing with all of the non-creative aspects.

If the production is a large scale, arena setup, there may be a second set of rehearsals (known as “tech rehearsals”). This will normally be a short period, used mainly for putting up the entire show for technical reasons.  Tech rehearsals can be in a separate arena, rented for that reason. However, it is more common for the tour to negotiate an early load-in at the first venue on the tour.

I have always stressed the importance of a thorough advance. It is always best to flush out any potential issues well ahead of time. If the tour manager has done so, then the day-to-day operation of the tour should be fairly simple (this is all in theory, of course). The daily schedule should get somewhat repetitive (a good thing actually; means that no serious issues are coming up).

The main issue that a tour manager will deal with daily (if all else is going well) is settlement. Even if the tour has a tour accountant, the tour manager will still need to review any extra invoices presented at settlement. Examples of this could be extra labor, catering, or any other tour requested, and approved expense. This is usually routine, unless something pops in that was previously unknown.

Another issue is making sure that a show is ready to go on-stage as scheduled. Any number of different things can turn this task into trouble. The tour manager has to constantly maintain a complete overview of the act’s daily commitments (in addition to those of the tour). If there are any potential issues, the tour manager has to address them a.s.a.p. Any serious delays in a show going on (except building, promoter or local authority holds) will no doubt raise issues at settlement. As a general rule, the tour manager should stress that, after sound check, the act should remain onsite until after the show.

If you would like to get deeper into the daily life of touring, just do a quick search. There are many great articles on the Internet that describe the basics.

Once all of the tour dates have been completed, it’s time to send everyone, and everything home. Actually, the tour manager will need to have started this process well in advance of this day. Lead-time is always a factor, in dealing with flights, cargo space (especially if you are ending a tour overseas), etc. There are some situations (special airline contracts, etc.), where the EOT travel is already in place. Even then, everything still needs to be double-checked. Once back at home, the tour manager will likely spend some time closing out tour business. Clearing receipts, confirming vendor returns, etc. The time handling this varies greatly, based on the size of the tour.

If the tour is looking successful (great reviews, sold out shows, etc.), an extension is a good possibility. The tour manager will need to start asking management about possible extensions as soon as the potential is noticed. While extensions are a wonderful thing, they also mean that deals may have to be revised across the board with tour personnel, vendors, outside contracts, etc. The sooner everyone knows, the easier it is to shuffle any potential conflicts around. 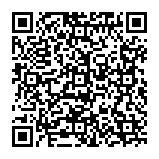 Scan this image with the QR scanner on your iphone, or android device to add me to your contacts list.